Vision – the three elements of my vision for My Bookkeeping Business

About My Bookkeeping Business 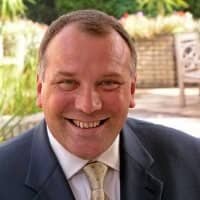 I won’t make a claim I cannot back up so early in 2020 I created a pilot programme for just a few businesses, who trusted me enough to invest in me, to prove that my system works. It was so successful I even wrote a book called ‘The Entrepreneurs’ Marketing System’ which was published in August 2020 based on the system I’ve devised (you’ll get a free copy if we work together).
I’m not talking about just the principle of turning your idea or business into a lead and income generating machine. It isn’t a training programme, it’s about implementing a system and creating a business based on a very specific tried and tested formula that works.

My Bookkeeping Business is a coaching and mentoring business for bookkeepers run by Noel Guilford of Guilford Accounting, a firm of Chartered Accountants based in Chester specialising in the provision of high quality business advice, accounting and tax solutions to entrepreneurial, owner-managed businesses.

My Bookkeeping Business was formed to help qualified bookkeepers to start their own business and to show bookkeepers with an existing business how to scale their business by generating a consistent flow of new leads and taking on more clients. 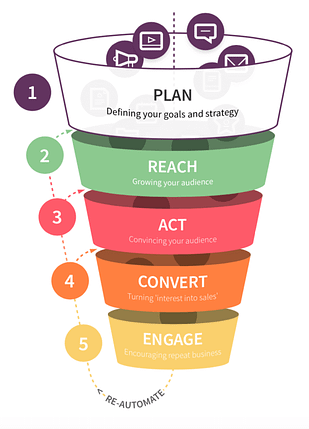 I’ve developed a marketing system that combines knowing your numbers and each of the key marketing pillars: that’s its key difference. You don’t just start out and hope for the best. That’s never going to work (and is why so many businesses fail). But if you understand your target market and follow the system you’ll grow a successful and profitable business.

Not all accountants are the same. At Guilford Accounting we do things differently. We tailor our whole approach to benefit our clients’ businesses. We go further by offering accountancy solutions that help them to increase sales, reduce costs and become more profitable. Our proactive advisory and accounting services boost our clients’ profits and help them to shape their marketing strategy.

We like to get to know our clients a little better than the competition; we think it makes good business sense. We know the difference that efficiently compiled, up-to-date and detailed accounts can make to the bottom line. It’s this difference that allows us to help them grow their business – and their wealth – by highlighting both opportunities and shortcomings in their business strategy.

People often say to us ‘I can’t get a straight answer from my accountant.’ We think we know what they mean. Ask us a question and we’ll give you a straightforward response in plain English. You’ll know exactly where you stand. We are in the business of accounting, business advice and tax and we know you will just want to know the impact not the process.

All of our clients have the opportunity to sit down with Noel Guilford for a regular strategy meeting. It isn’t obligatory. But, most of our clients want to.

We recognise that long–term success isn’t just about growth but also about minimising risk. We understand this because over the last twenty years our own business has been built from scratch – so we know a little about the commercial risks and challenges our clients face on a daily basis.

I am a Chartered Accountant with over 40 years experience in the Accounting profession and am passionate about small businesses and how they can use their business numbers to drive their marketing strategy. I now work solely with owner-managers who want to grow their businesses.

After University I joined the recently opened Manchester office of Arthur Andersen, only their second office in the UK. Even though they were already an international firm the UK offices seemed very much like a start-up challenger to the established firms, a bit like the online banks are challenging the High Street banks today. I enjoyed amazing training, challenging assignments, worked across the US, Europe and Africa and made some lifelong friends.

In the mid-80s, after being overlooked for partnership at Arthur Andersen, I joined EY’s Manchester office where I spent a difficult year. The office was heavily insolvency focused which they felt clashed with my role of developing a practice amongst growing businesses. I was offered a transfer to London but in the meantime was approached by Spicer and Pegler to find, locate and open an office for that firm in Chester. It was too good an opportunity to turn down and 35 years later my family and I still live in Chester. This was my first experience of building and running a team and taught me so much.

Sadly, in 1990, Spicer and Pegler was taken over by Deloittes who closed a number of the Spicer’s offices relocating its partners and staff to their larger offices in major cities. I was transferred as a partner to Liverpool where I spent most of the 1990s becoming increasingly frustrated with the big-4 attitude to client service and the accounting profession.

During my time with Deloittes I worked on and off for several years in the Middle East and Pakistan on the liquidation of BCCI but when this assignment came to an end in 1996, I joined HLB Kidsons to set up their national corporate finance practice. At Kidsons I became an Accredited Mindshop Facilitator, which added a skillset around business improvement techniques to my portfolio.

In the early 2000s when Kidsons was also taken over, I took the step I should probably have taken 10 years earlier to form my own practice. At that stage, with a booming economy, I concentrated primarily on consulting and corporate finance assignments only to be hit by the 2008-10 financial crisis a few years later. In 2012 I pivoted my business into a boutique accountancy practice serving the needs of small growing businesses.

In 2013 I attended the National Entrepreneurs Convention at the ICC in Birmingham; attending this event led me to join the Entrepreneurs Circle, a members’ organisation for entrepreneurs across the UK, heavily focused on marketing skills and techniques for marketing their businesses.

I had completed building the ideal skill set to advise start up, early stage and growing entrepreneurial businesses.

In 2015 I started to develop a range of online programmes for accountants, bookkeepers and entrepreneurs who wanted to start and grow their own businesses. The first programme, for virtual assistants, I developed with my then business partner Sarah Rugg who now runs the highly successful My VA Business.

I now live in Dodleston, a village just outside Chester.